Get To Know Shari Marie Through The Pen Of Livengoodlivin

I had the pleasure of interviewing one of Bronx‘s modern day princesses, Shari Marie. With a voice so elegant, beauty on the surface, a soul so pure, and a personality so transparent that her current rise to success is not surprising at all.

By 2020, I can see her among the elite in modern R&B. She recently dropped her debut album, “Reflection,” to much acclaim. The project showcases her transparency, vocal prowess, and uniqueness among up and coming R&B talent in the industry. I recently spoke with the songstress to get a better sense of her creative genius and thought process.

A Lover Of Horoscopes

The first thing that stuck out to me was her deep love for horoscopes, making music in the night time, and her home, the Bronx. “Being an Aries, we’re very independent and strong minded, so most of my music showcases just that. I show who I am and the lyrics are a constant reminder of my nature,” she said passionately.

She admits that it plays a role in her confident and strong lyrics even when her music has a playful vibe. “Oh damn,” Shari said emphatically, “In my mind, I’m always like…there’s no one like you, nowhere, girl don’t play fair. Prepare and dare to have standards.” This is the type of energy and message she wants young girls to get when they hear her.

Being from the Bronx, Shari accredits “that little extra flavor and swag” she exudes to her home. “There are a lot of dope artists that I love like Cardi B, JLO, and A Boogie Wit Da Hoodie who are also from the Bronx. I feel like it’s so dope to see so many of us winning.” she said.

Her days are similar to her getting ready by doing her hair and makeup. “It’s me time, where I get to listen to my favorite music and jam out. During the day, I usually have to run some errands but towards the night time, I head to the studio with my other artist friends and we vibe out all night. I get really creative during the night time.” 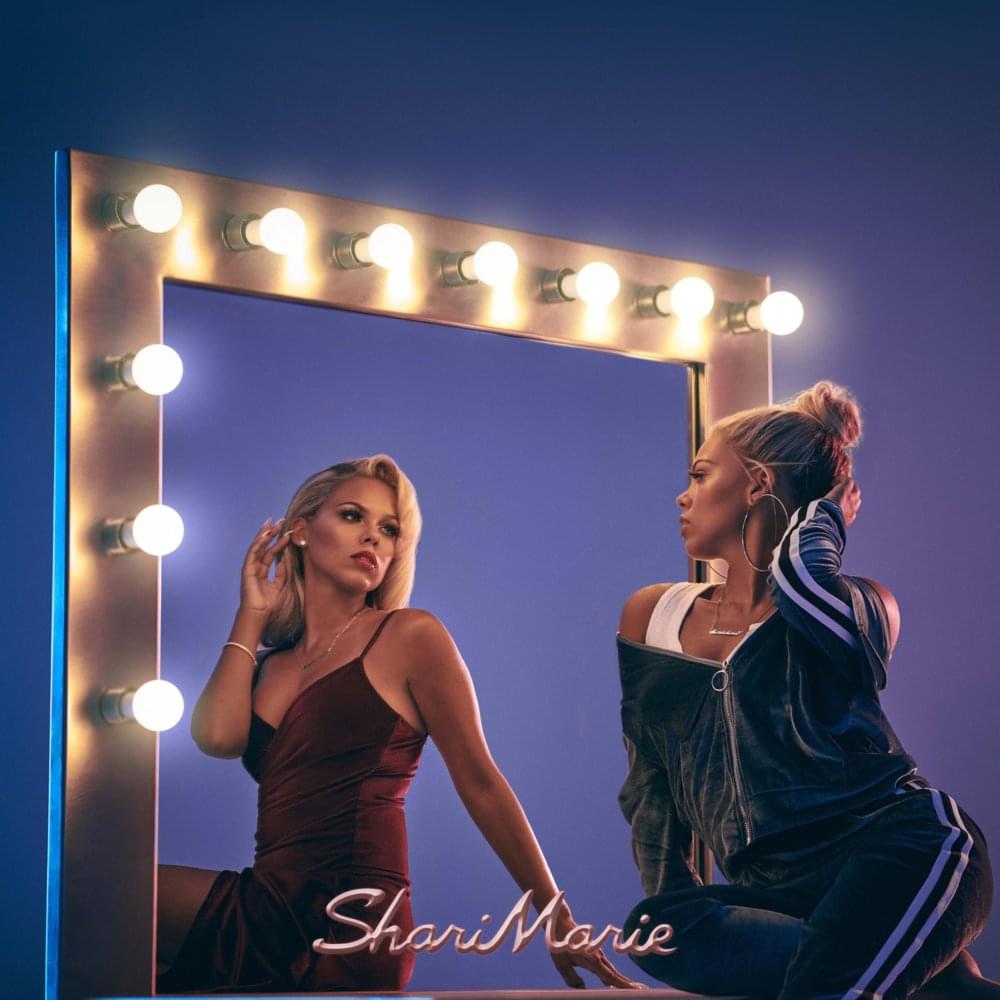 She’s a studio junky as it’s her daily “dojo” to practice her craft! Shari’s studio routine is daily where she “vibes out to the beat or with whichever producer” is working with her to narrow down the song subject and the lyrics.

In a bright and cheery voice, she tells me her songwriting process. “I always come up with the melody first, then kind of freestyle along to the beat, and then add the lyrics last. I like to give a lot of time to really get into the story of the song by saving lyrics for last in my opinion.”

Hearing this, I realized that her music reflects her transparency because of the way she writes it. Listeners can see who she is and can easily relate because she shows her personality so vividly. When I asked her does she see herself as being transparent, she giggled and agreed! It amazed me that she was so happy and carefree about this, so I had to ask her this specific question, Your music shows that you’re transparent in that you’re with letting the listener know who you are through the song. What influenced your transparency?

Shari exuberantly replies with this intriguing set of statements, “What influenced my transparency is definitely growing up not as confident as I am now. I was a dancer before I started singing so the pressure of constantly being perfect in everything I did was tough. I’ve struggled with body image and self-love most of my life. I didn’t know how talented I really was. Now that I know what I’m capable of, I want everyone to see it too, and hear it in all my music. It didn’t happen overnight. I had to go through an extremely dark time to get to this positive place I’m at right now. “

Music Is Therapeutic For Her

I literally wanted to just find some way to give her a hug because of her strong will and the pure astonishment of her being so strong to overcome the obstacles she has been through. With much happiness in my heart and in awe, I had to ask her, “Who or what are your biggest inspiration(s) to pursue your career as a musician?”

She giggled and replied, “My biggest inspirations are to pursue my music career to its fullest and my family inspires me, for sure. Everything that I experienced while riding along this music journey is an inspiration. I want to show everyone that as long as you work hard and grind to make it, it’s gonna happen. It took a really long time for me to find myself and who I want to be as an artist. Now that I’m so sure of who I am, it’s a blessing. Music has always been a way for me to express myself while bringing me so much joy”. Hearing this refreshing sentiment of purity brings joy to my heart. 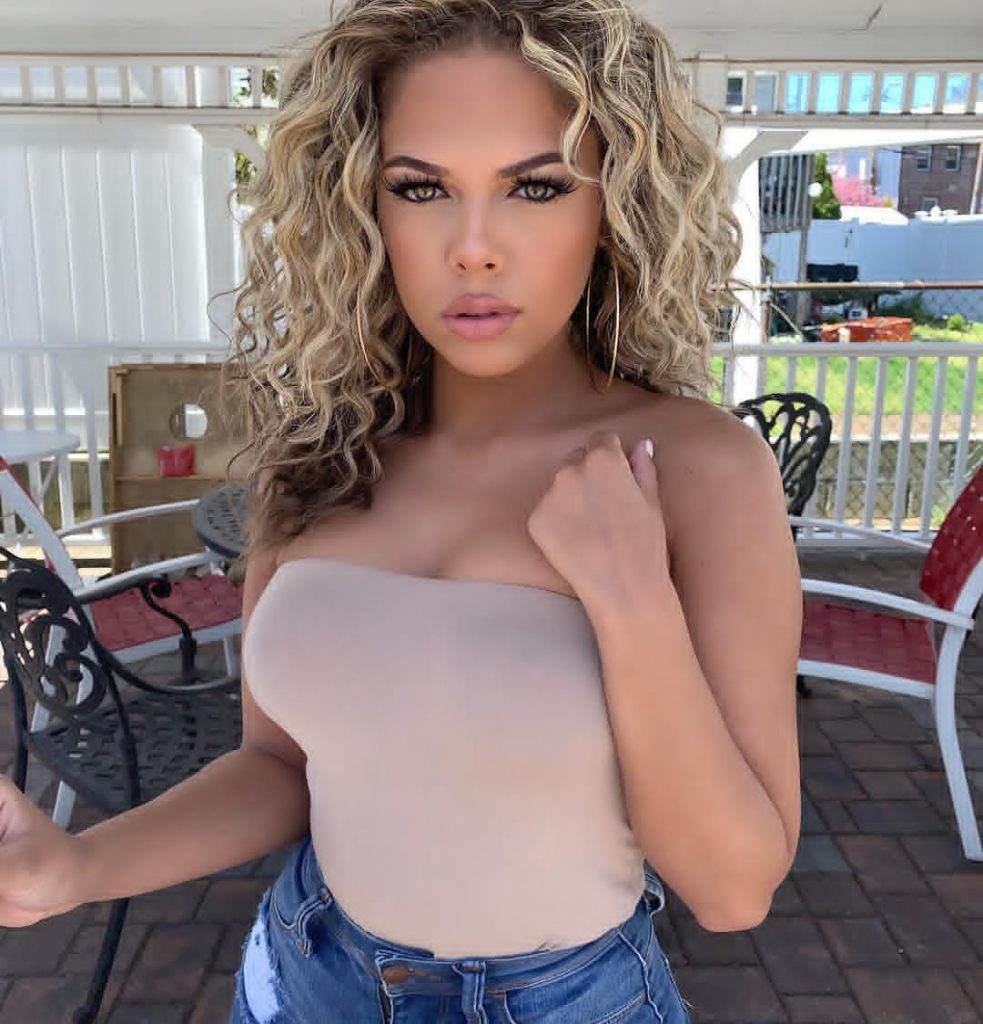 The more our conversation continued, we had an interesting debate about Michael Jackson, her EP reflecting her life in film, and being a businesswoman

She screamed in excitement when we talked about Michael Jackson, ” I always wanted to curate music with Michael Jackson. I was singing his music before I could even talk, he’s the greatest of all time in my opinion. His passion was really inspiring.”

Hearing her speak fondly of the legendary Michael Jackson painted a picture in my mind of Shari getting in a time machine and meeting him at the same age she is now. For some reason, it made me see her life as she is living in a movie.

So, I proceeded to ask her, “if her life was a movie, what would it be and how would it play out?” With much joy, being that film is a favorite of hers, Shari responded to me with, “If my life was a movie  the title would probably be the same as my album, Reflection.  It’s just a great way for me to get out there that reflecting on yourself and things that have happened in your life don’t define you. I also have so many different sides to me that most people are shocked when they finally meet me.”

In the movie pitch to me, it showed me her bubbly personality, and she mentions some of her real life future ambitions occurring such as eventually owning a dance studio and choreograph other musicians. Seeing that on the big screen, while doing it in real life fuels her every day to keep chasing her dreams of being a world famous entertainer”. Shari’s also heavily influenced by movies such as The Sandlot and The Outsiders, which she credits for “the old school vibe” that shows in her music. 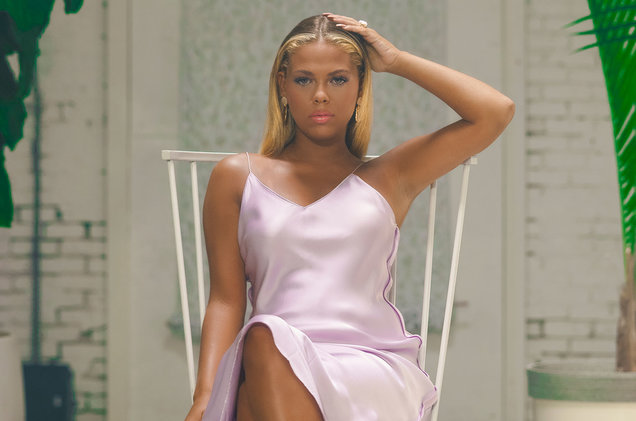 Her happiness showed speaking through the phone with me about making a potential movie that shows what she loves to do and that she can make money off of it is a potential bonus. I feel like it sparked something in her. She stated, “making money off doing things you love already is honestly the best feeling ever,” while establishing a point to me that artist must monetize over everything they do to stay level headed in this industry. Her openness to even answer my question as a newer artist and with so much grace hit me.Shari’s answered the question with the savvy and experience I would expect from a veteran, so I had to ask her this particular question, “What would you tell to a new musician about navigating the music industry?”

After I asked this, we both laughed a bit and realize how new in the industry we both are. She then responded cheerfully and confidently, “being a new artist myself, my advice to other upcoming artists is BE YOURSELF. Don’t go out of your way to change who you are to be  in this industry. Originality is key. Also, being positive through the ups and downs of not knowing if what you’re doing is enough is extremely important. Keep going, keep pushing, never give up!”

I asked her who has helped her journey in the industry, she proceeded to shout out her Same Plate team members Swagg, Ayal, and their team. “If it wasn’t for them believing in me and seeing how far I could go with music I wouldn’t be here right now. Also my immediate family, they never gave up on me, and they’ve believed in me since day one,” Shari told me calmly and powerfully.

The gleeful tone she spoke that statement touched my heart and showed me how she has built such a huge following in a short amount of time. Her transparency, good morals, intelligent mind, and exterior beauty makes her a winner in my book. Her sweet girl and good soul personality makes her shine brightly!

Hop On The “Party Bus” With Rich The Kid, Famous Dex, And Jay Critch